RCC is a zero-slump form of concrete, meaning that it has a relatively low moisture content as compared with more conventional slurried (e.g. wet) concrete. Conventional concrete will settle or slump when placed at its intended location, while RCC has an appearance more like soil and will not slump or spread when placed. Once placed, RCC is required to be compacted with a smooth drum, vibrating roller to achieve its required strength.

RCC is mixed in a batch plant where its components are first weighed to ensure their proportions meet the specifications and then mixed together before transporting to the site via either conveyor belts or by haul truck. RCC is comprised of fine (sand) aggregate and coarse (gravel) aggregate, water, and cementitious materials (cement and pozzolan). Admixtures such as water reducers and retarders can also be added should they be required by the designer. These RCC materials are mixed in a wide range of proportions to produce engineering properties that are specific to the requirements of each individual dam. Because of the tremendously large volumes of dams as compared to other civil engineering projects, coarse (and sometimes fine) aggregates are mined and produced from on-site sources. Because of this, each RCC mix design is unique to the site where it is constructed and no two RCC mix designs are ever the same. 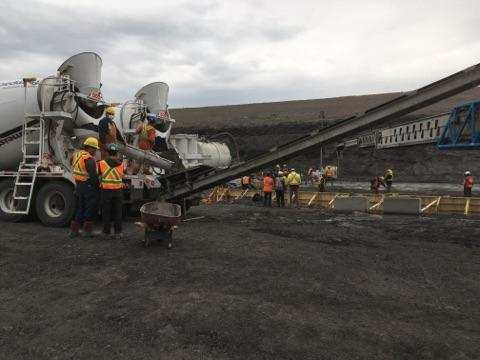 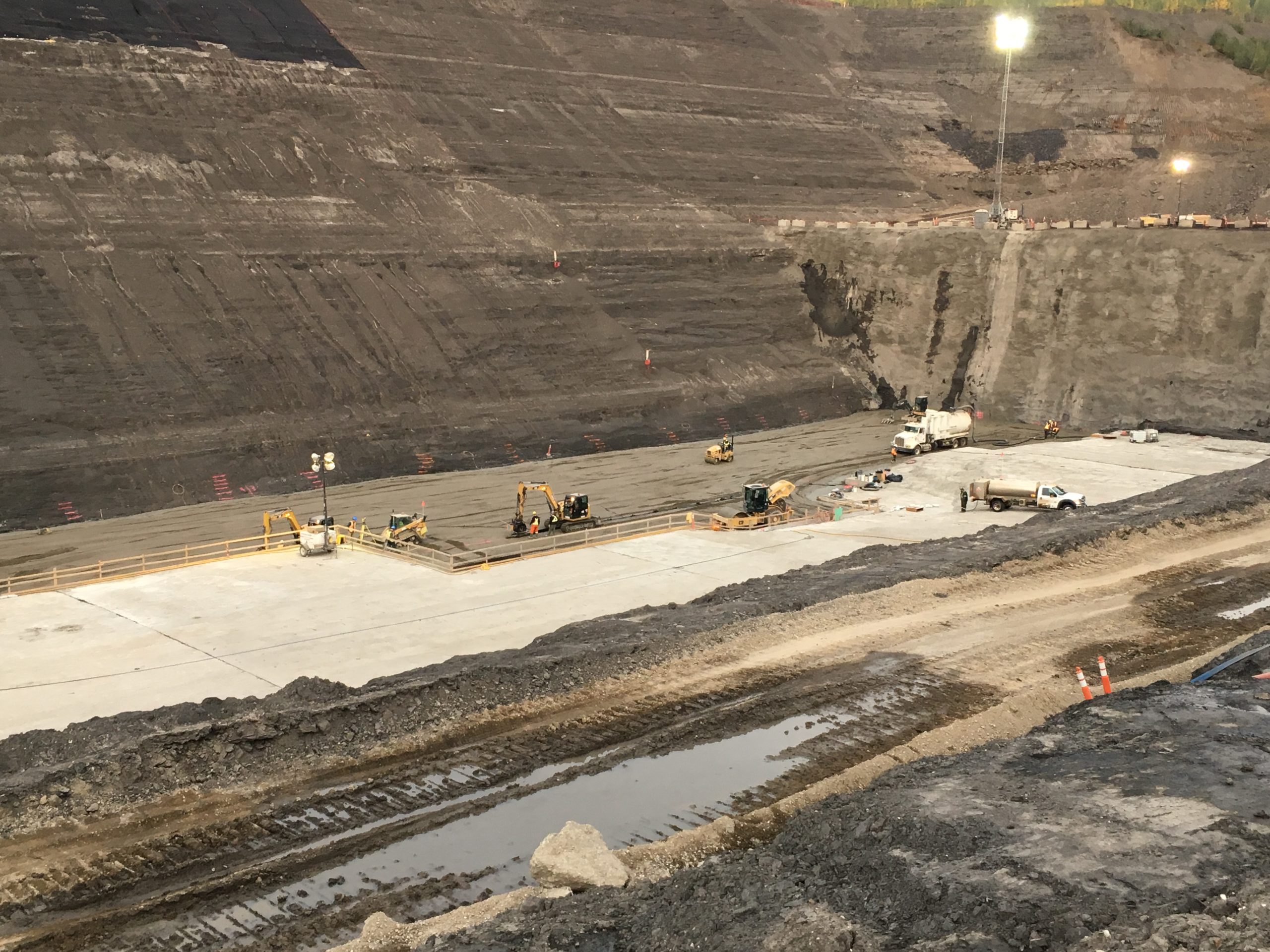 The ASI team is ready to discuss how our services will deliver cost effective and timely solutions for your needs today.

As previously mentioned, the cementitious materials required for RCC (Portland cement and pozzolan – also known as fly ash) are also less than for conventional concrete. Besides reducing costs, these lower cementitious contents have the added benefit of reducing the heat generated by hydrating cement. When water is added to cement one of the byproducts of this chemical reaction is the generation of heat. For a concrete dam, it is important to reduce this heat because if the cement becomes too hot it will crack the concrete. The large size of dams makes it very difficult for heat to be effectively dissipated. For this reason, it is common to replace cement with pozzolan or fly ash to reduce the heat generated by wetting the cement. RCC used for paving typically has much higher cementitious contents because the strengths required are significantly larger than those required for dams. This generates much higher heat within the RCC as compared to dams but this is not a significant concern (as compared to RCC dams) as this heat can dissipate quickly with RCC pavements without the same concerns over cracking as those with RCC dams.

RCC for dams is placed in 12 inch thick “lifts.” Each lift is spread onto the working pad loosely and then compacted with a vibratory smooth drum roller until a thickness of 12 inches is achieved. It is very important to place RCC onto a compacted lift that has not cured to create a material that bonds with each other. If RCC is placed onto a lift of cured concrete a “cold joint” may occur, which has the potential to create a weak zone within the RCC dam.

Facing of RCC dams is an important element of their design and construction because RCC is much coarser than conventional concrete. There are wide range of facing elements that have been used since the first RCC dam was construction in late 1979, and facing types and details are continuing to evolve. Similar facing systems are not required with RCC paving. RCC dams without facing systems have typically experienced large and undesirable amounts of seepage. Types of facing systems that have been used include conventional concrete, pre-cast concrete panels, geomembrane panels, grout enrichment, air entrained grout enrichment and many others. The construction of facing systems has been developed over many decades and experience with these systems is required prior to their construction. An improperly constructed facing system has the potential to generate considerably larger amounts of seepage than permitted by the design, which could lead to the poor performance of the dam over time.

Because of the sensitivity of RCC to issues related to temperature and the heat of hydration of the cement, an understanding of how ambient temperature impacts the batching, placement and performance of the RCC is critical. Attempting to place RCC in overly hot or freezing temperatures has the potential to dramatically and negatively impact its strength and performance. If improper RCC strengths are achieved this has the potential to reduce the safety of the dam. Experience with the conditions when RCC can be effectively placed is very important, as daily discussions with the onsite engineering staff will be required when these conditions are experienced during construction. Temperature concerns are not as significant for RCC paving because of the relatively thin lifts required for construction and the ability to reduce the amount of pavement produced to match the conditions. Because of the concerns related to cold joints, it is often difficult to reduce the area of RCC dam construction.

With only a few exceptions, RCC dams have concrete forms on both the upstream and downstream faces. On the upstream face the forms are almost always vertical, while on the downstream face the forms are constructed in a stair step fashion. The coordination of the movement of these forms as the dam increases in elevation is extremely important to the efficient construction of the dam. The large size of the dam makes forming the entire dam impractical due to cost considerations, and so the forms must be reused and “jumped” up the dam as its height increases. The coordination of “jumping” the forms with RCC production, so as not to impede its placement and creating cold joints, is extremely important and should be performed by an experienced contractor.

Aggregates, both coarse and fine, are often produced from onsite rock sources. This requires the development of a quarry and crushing, processing and stockpiling aggregates many months in advance of construction. It is common for crushing to begin six to nine months before mixing and placement of RCC begins. This often requires aggregate crushing and stockpiling to be performed in temperatures exactly opposite of those when RCC production is scheduled to begin, and because of the sensitivity of RCC dams to temperature issues, additional care must be taken by the contractor to achieve an RCC product that meets the required temperature specifications. Further, adequate space and area must be established to stockpile large amounts of aggregates. For example, a 500,000 cubic yard RCC dam will require approximately 1 million tons of aggregate be produced, and this material must be placed and stockpiled in a location directly adjacent to the RCC batch plant.

If desired RCC temperatures cannot be met with conventional methods, additional temperature control measures must be implemented. For warm weather conditions this includes the addition of ice and/or chilled water into the RCC batching process, the use of wet belts (submersing aggregates in water) to cool the aggregates, and in cold weather the addition of warm water to the RCC batching process. Experience with these systems is extremely important to ensure their success in maintaining the required RCC and aggregate temperatures.